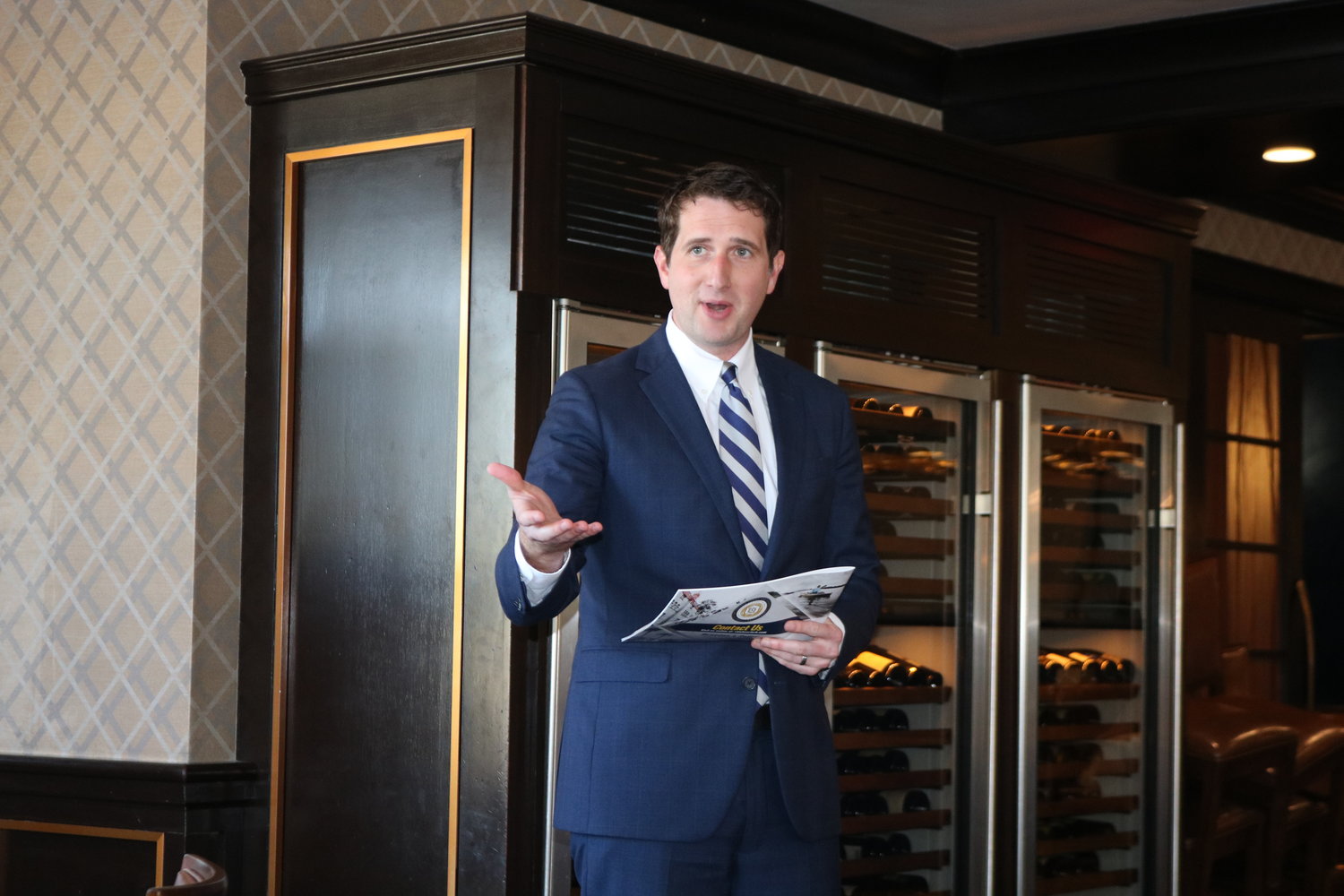 Since Brandon Patty was elected as St. Johns County Circuit Court Clerk and Comptroller and appointed in December 2019, he’s been thinking about how to better educate the public about taxpayer dollars.

The result was the creation of “Tracking Your Tax Dollars,” which serves as a guide to St. Johns County finances.

Patty expanded on the business and its goals as a guest speaker at the Ponte Vedra Beach Division of the St. Johns County Chamber of Commerce luncheon at Ruth’s Chris Steak House on February 16th.

“In many ways, our office is the backbone of the county because we’re involved in so many things,” Patty said. “The Clerk’s Office functions as checks and balances and ensures that the trust of a community and its government is maintained.”

The county’s finance guide is one of the ways it seeks to preserve that trust and rekindle it for others.

This is the first year that such a guide has been created and Patty already plans to publish an annual edition each fiscal year.

The guide consists of 18 pages of information designed to break down and summarize where the taxes residents pay go, which is not always clear to the public.

“We tried to make sense of it all,” Patty said.

Several forms of economic research are part of the guide, including statistics related to local businesses, the housing market, property taxes, and county budget trends over the past four years.

Patty explained that not only is the information useful for residents, but it can also be used as a tool for businesses when trying to promote the area.

“We want this to be a tool that community stakeholders can use and it’s an avenue to use when talking with your commissioner,” Patty said.

Public safety is the highest expense year over year by county government, with approximately $180 million spent in this category in 2020.

On the other end of the spectrum, property taxes continue to rise each year with approximately $200 in revenue generated in 2020.

According to Patty, another role of her office is to ensure that county standards are maintained and constantly evaluated to match the changing times.

“It’s important to stay at the forefront of change, which would also help prevent the risk of fraud,” Patty said.

He believes that part of maintaining standards should put more emphasis on the infrastructure of county government buildings, many of which he says are outdated.

He also said they are exploring options for opening more clerk offices throughout the county to keep pace with county growth and be more convenient for residents.